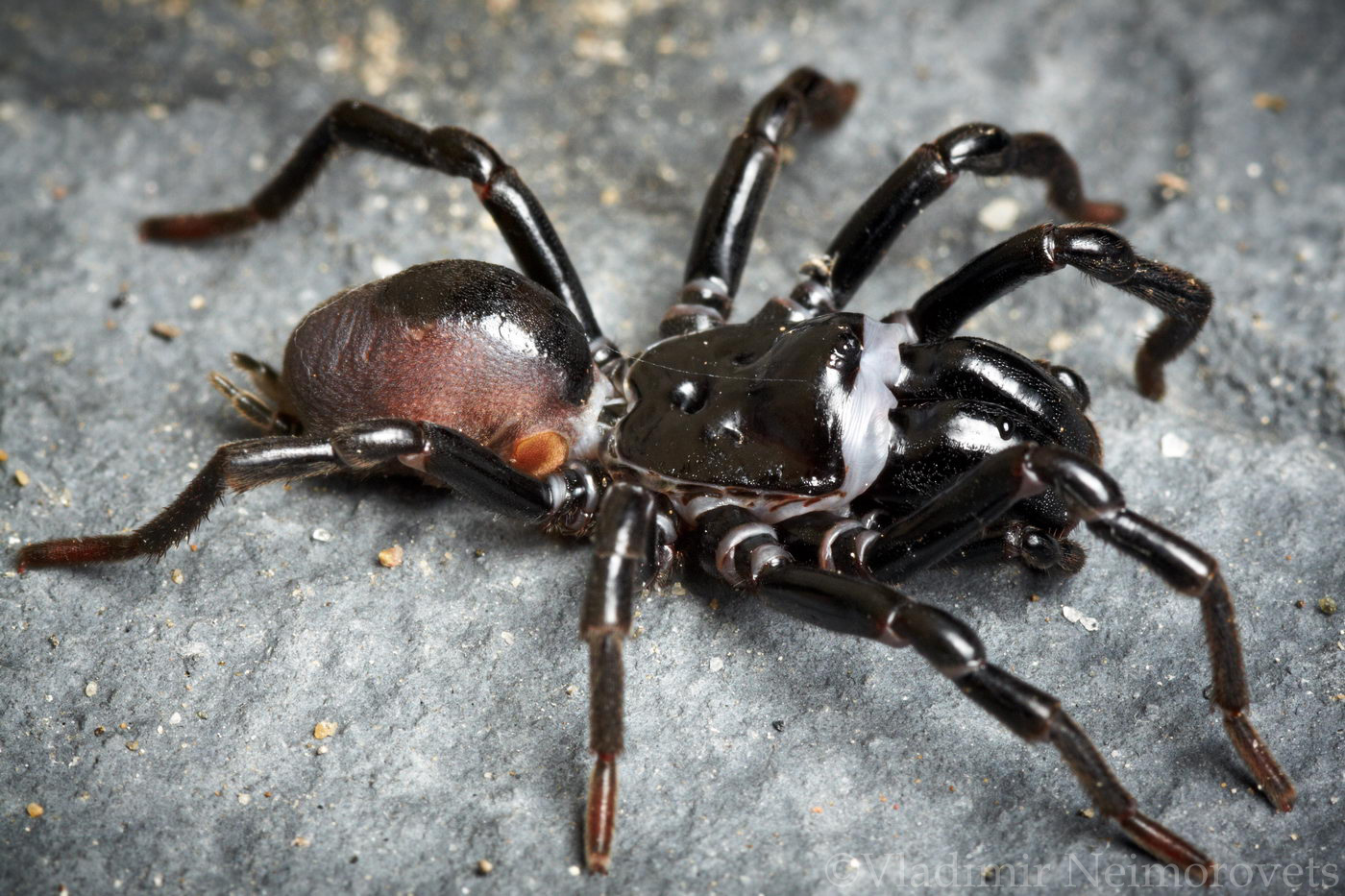 One night, during the night photography, I found on the wall of my house an unknown spider. In the viewfinder, it seemed to me quite unlike other spiders. First of all, I was struck by huge chelicerae with long terminal segments. I surfed the Internet and found out that this is the male of the mygalomorph spider of the genus Atypus (the bird spiders also refers to the infra-order of mygalomorph spiders). By the structure of spinnerets, I could determine the species — Atypus muralis. 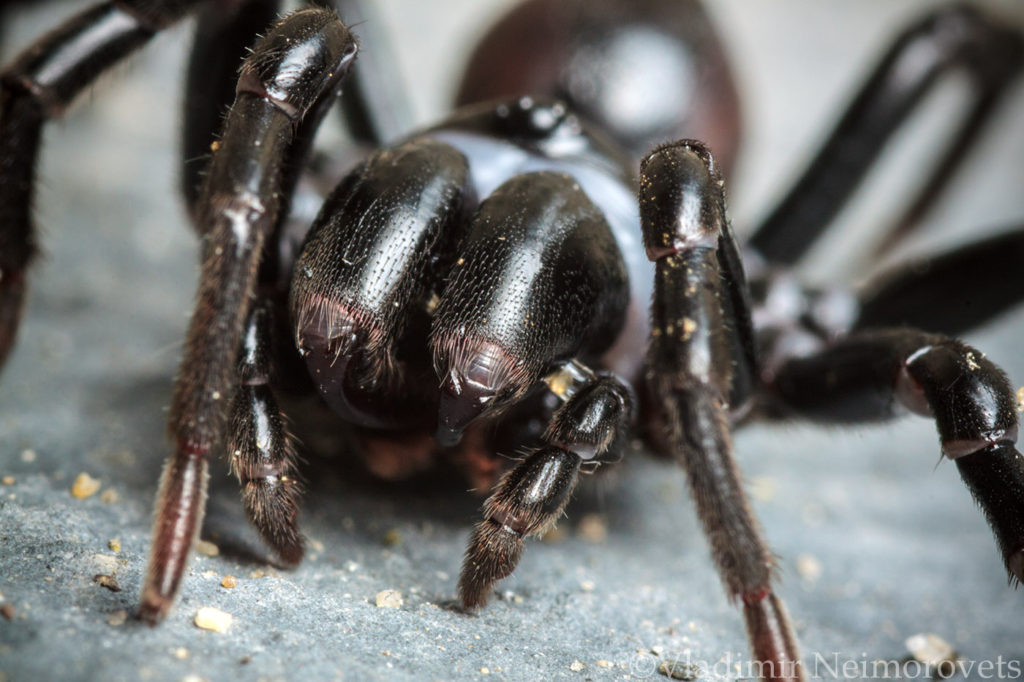 It is known that the representatives of this species prefer dry slopes and steppe heathland. They lead a hidden lifestyle, and therefore we rarely see these spiders. They live in deep burrows (up to 80 cm), lined with web (the so-called underground retreat tube). The lining of the mink on the surface of the earth forms a capture tube, up to 30 cm in length. On top, this tube is masked by soil particles and plant remains. These spiders live in small colonies, usually up to 12 burrows. Outside the tube, spiders can be seen only in the breeding season, when males are roaming in search of females. I exactly met such a male. A little later I examined the place of my meeting with it and found 6 capture tubes near my house, they were located at a distance of about 40-50 cm from each other…

Season of reproduction occurs in the middle of summer or a little later (depending on weather conditions and geographical point). The male goes off to search of the female’s burrow. When he finds it, he lives for a while with the female in her burrow. Here there is copulation, after which the male soon dies, and the female eats it (more precisely – sucks it). 8-9 months after mating, the female lays eggs. The cocoon contains from 30 to 160 eggs and it is placed in a retreat tube. Young spiders hatch next summer, that is one year after mating, and remain with their mother for almost a year after birth. The spiders reach sexual maturity the fourth year of their lives. The duration of females’ live can reaches for 7-8 years.

Spiders eat mainly insects, which are placed occasionally on capture tube. The spider pierces the victim with long chelicerae through the wall of the capture tube and drags it inside, tearing the wall. The damaged wall is soon restored. Spider products can also be lice and other arthropods. Woodlouses and other arthropods can be of spiders’ products sometimes.

Megalomorph spiders, to which Atypus muralis belongs, have many primitive features of its structure. This is quite an ancient group. Representatives of the genus Atypus are known from sediments older than 360 million years.

In Russia this species is found from the Belgorod and Voronezh regions to the North Caucasus. The global area is from Central Europe in the west to Turkmenistan in the East.