I’ve been here many times. And I’m drawn to this place all the time. Papai is the most western mountain range of the Greater Caucasus, with rocky outcrops. Five major peaks (Northern Papai, Central Papai, Main Papai, Eastern Papai and Western Papai) form tht so-called «Papai Saw» with a length of about 5 km. The height of Main Papai is 818 m asl, the other peaks are lower. Here at your feet a wide panorama of the low-mountainous Black Sea Caucasus opens. Despite the modest heights of the surrounding mountains, you begin to feel the power and greatness of nature. You are sitting and looking into the distance. There are no other sounds besides the noise of trees and voices of birds and. Time slows down. Only occasionally this semi-meditative state is disturbed by the sound of a far-flown plane…

The jackals are beginning to echo in the evening. From time to time screams of the brown owl are sound. Twilight, the wind subsides. Feeling that time has stopped. Papai, like a giant ship, sinks into the night… 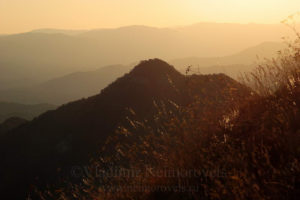 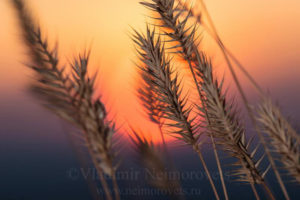 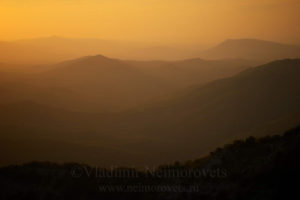 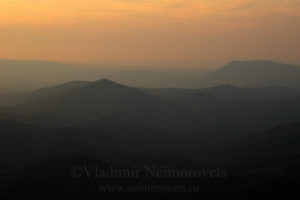 At night the forest on the slopes is filled with strange rustles. Around occurs some kind of strange fuss. You’re shining with a flashlight — no one. If you have not lighted a fire in the evening, then gradually, as if plunging into the night, you are dissolving in these sounds, becoming a part of this particular world.

If you get up early in the morning and go to the main peak, then, if you’re lucky with the weather, you can witness an extraordinary beautiful sunrise. Shades of color change each other. The fog is enveloping an intermountain spaces, then it is dispersing by the wind, and the shadows of the trees are sliding along the shreds of the fog. 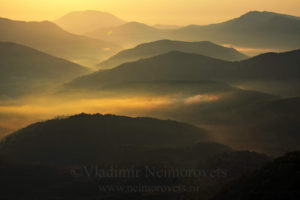 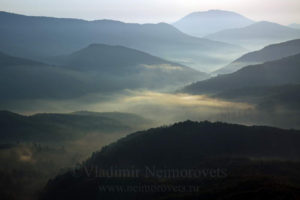 Nature is gradually awakening. If you very carefully get down to the Eastern Papai, you can see the chamoises. In the summer «clothes» they are almost ginger. They are very cautious and likely to see you first and rush to escape to the southern spur of Main Papai. I met them here — I saw two animals. Or maybe it was roe deer? No, they were chamoises. I managed to take a couple of shots on an 85mm lens. Too far, but in the photographs you can see typical curved horns, a dark strip from the eyes to the nose, a dark strip on the back and an almost black tail. Some sources say that there are about 30 specimens habitat here. This is the most western isolated population of chamois in the Caucasus. 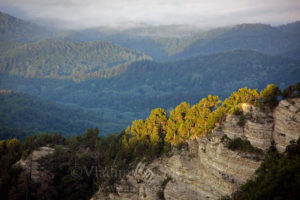 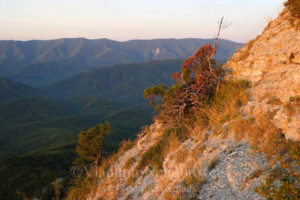 The sun begins to warm up, and the Brauner’s rock lizards come out of their hiding places.

Occasionally there is can be see the Orlov’s viper on open places. But when it’s hot, it hides in the forest. This rare species is described from Papai in 2001. 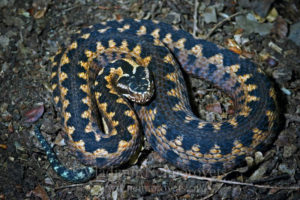 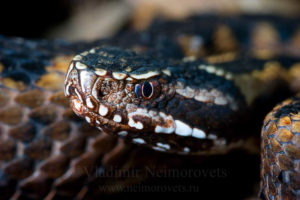 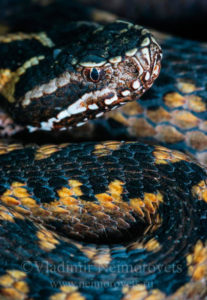 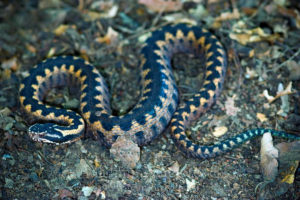 The forests on the northern slope and southern slopes are completely different from each other. The northern slope is covered with an oak forest with an admixture of linden, ash, several species of maple, there are also beech and hornbeam. This is a typical broad-leaved forest of the low-mountainous North-Western Caucasus. Ordinary invertebrates inhabit litter of such forest:

Trees are harmed by common pests of broad-leaved forests, for example, the gypsy moth and various species of bark beetles: 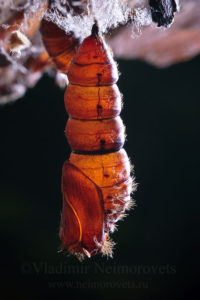 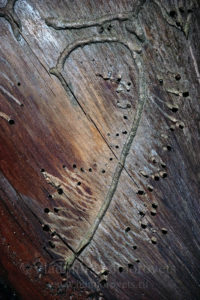 Once I had a rather unusual meeting on Main Papai – here the stag beetle (Lucanus cervus) came at sunset. It is not habitually to see as it’s sitting on a stone. It is quite natural to assume that larvae of the stag beetle develop on the oaks of the northern slope of Papai. 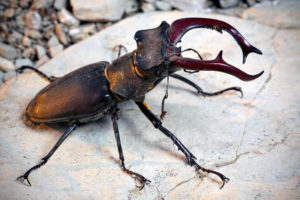 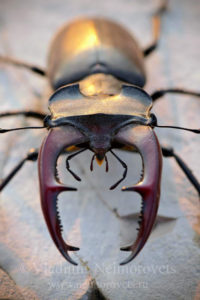 The plant community of the southern slope looks likes the Mediterranean one. Some places of the slope are covered with juniper woodlands. There are three species of junipers: the Greek juniper (Juniperus excelsa), the foetid juniper (J. foetidissima) and the prickly juniper (J. oxycedrus) – these are the Red Book species. There are many old trees at the age of several hundred years.

On the southern slope there is the Mt. Atlas mastic tree (Pistacia mutica), also a Red Book species. There are curved pines in some places. 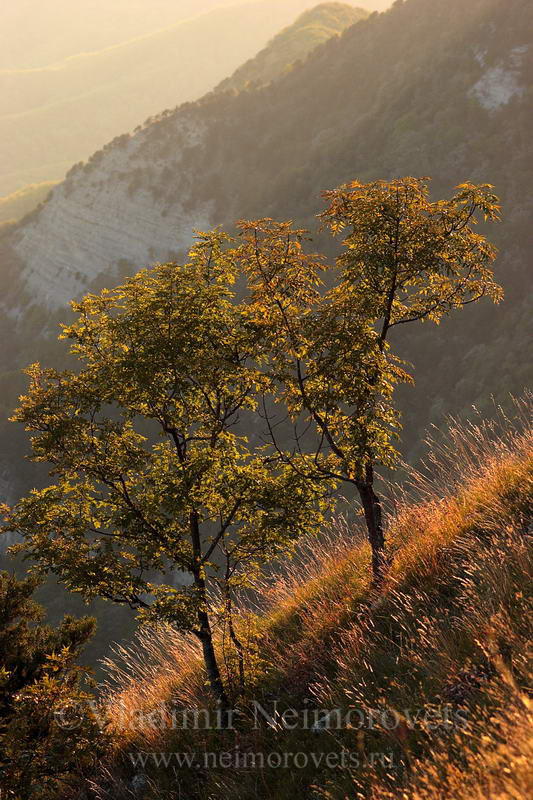 Open areas of the slope are occupied by special relict mountain-steppe plant communities, consisting of feather grass and Mediterranean species, divorced from the main range – the so-called Mediterranean grassy-cereal steppe: 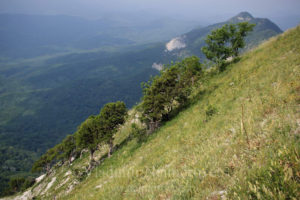 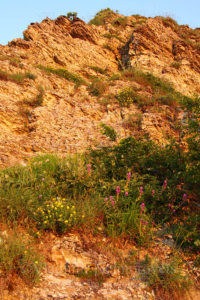 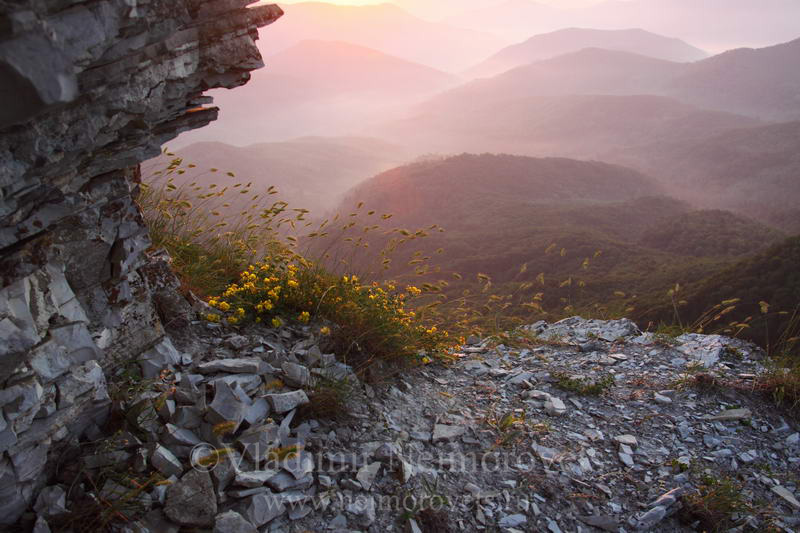 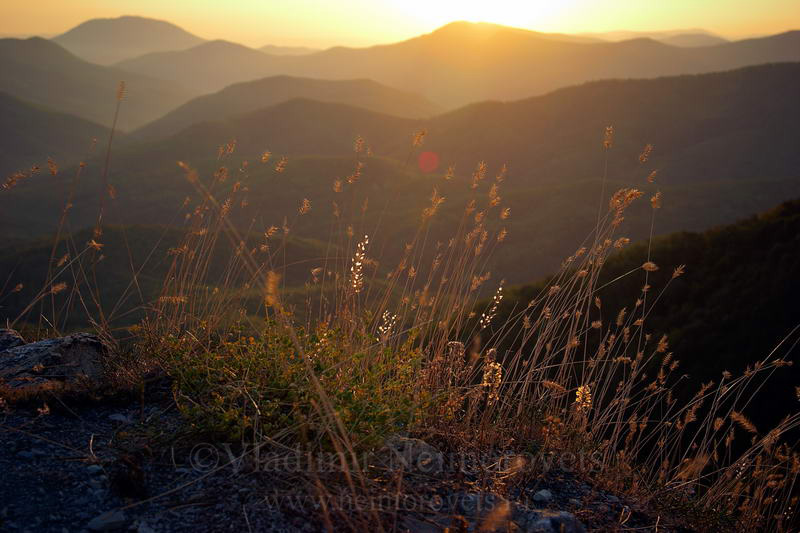 The narrow «Papai Saw» – the crest divides these two different natural worlds. The width of it is only a few meters in some places: 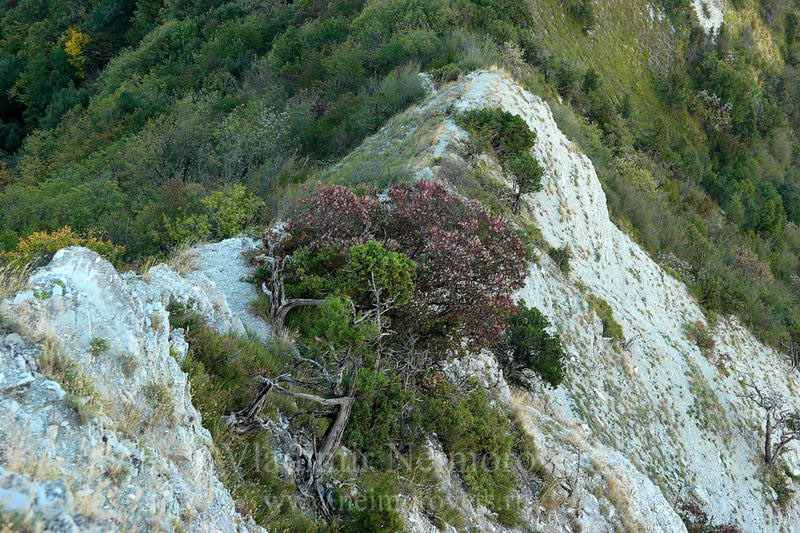 There are a lot of Red Book species of plants on this mountain range, most of which grow on the southern slope, fro example:

In general the plant world on Papai is very interesting:

From the Papai slopes the rivers begin: Bolshoy Khabl, Ubin and Papai with tributaries. But there is no water on top of this mountain range. This in some way keeps Papai from an excessive touristic load. A lot of travelers pass through Papai, but very few of them stay here for a long time because of the water’s lack.

Toponymy «Papai» is not completely clear. V.N. Koveshnikov in his book «Essays on the Toponymy of the Kuban» (2006) gives three possible variants of the origin of the mountain range’s name: 1) from the name of the ethnos of the «papagi» that inhabited the neighborhood in the V-Xth century; 2) from the word «papeai», where the Adyghe «pe» means «nose» or «beginning» and «ah» that is a nominal suffix, i.e. perhaps it means «nose + nose» or «many noses», i.e. many peaks, that it is – Papai consists of five main peaks and two no named; 3) among the Scythians, which inhabited the Northern Black Sea coast and the Northern Caucasus from the 7th century BC to the III century AD was the cult of the «Seven Gods», the main among them was Papai, equal to Zeus (according to Herodotus). That is, perhaps, even the Scythians called this remarkable mountain range in honor of their main deity.