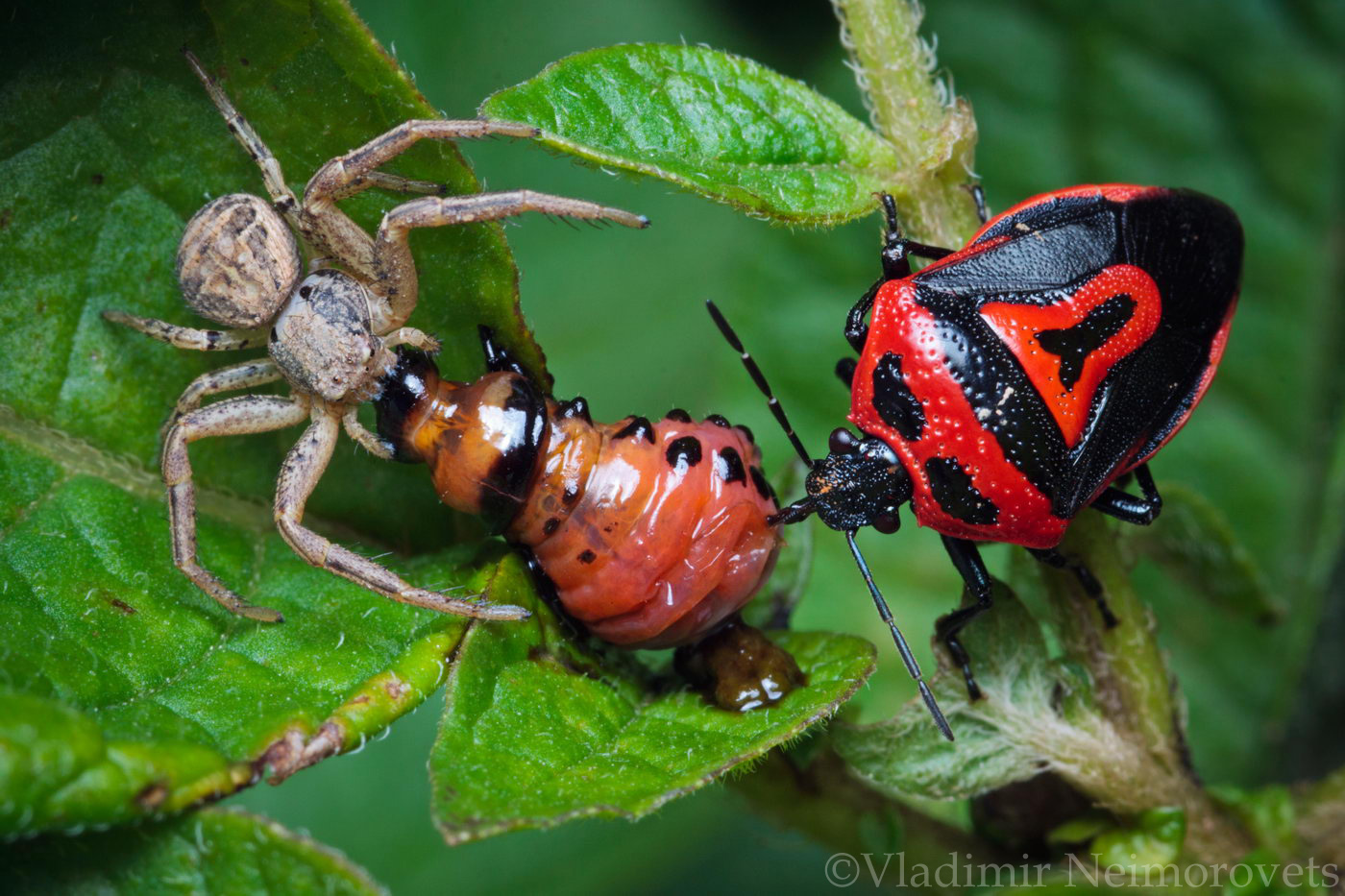 It is known that carnivorous the two-spotted stink bug (Perillus bioculatus) feed mainly on the larvae and eggs of the Colorado beetle.

Once, during observations of these bugs, I saw such a scene: one bug and one spider-boat Xysticus sp. attacked a larva of the Colorado potato beetle at a time. Both predators made enormous efforts to take away prey from each other. It was like tug of war. I watched their fight for at least half an hour. Without hurry I shot a big series of photos. The stubborn struggle was continuing. However, the bug not wasted no time — he was continuing the struggle, but wasn’t stop sucking the prey. It was evident how the larva of the Colorado beetle «grows thin» from the end where the proboscis of the two-spotted stink bug bited. So I left, not having waited, than this battle will end.

The homeland of the two-spotted stink bug is North America. In southern and southeastern Europe, they appeared thanks to a man. There were made some attempts to introduce this species to combat the Colorado beetle in the 1960s-1980s. But these attempts were unsuccessful. These works were stopped. However, in the early 2000s this species was found in wild conditions in Turkey and Greece, as well as in Russia in the Krasnodar Territory. The area of this species is expanding now.

A selection of photos about the relationship between the two-spotted stink bug and the Colorado beetle: